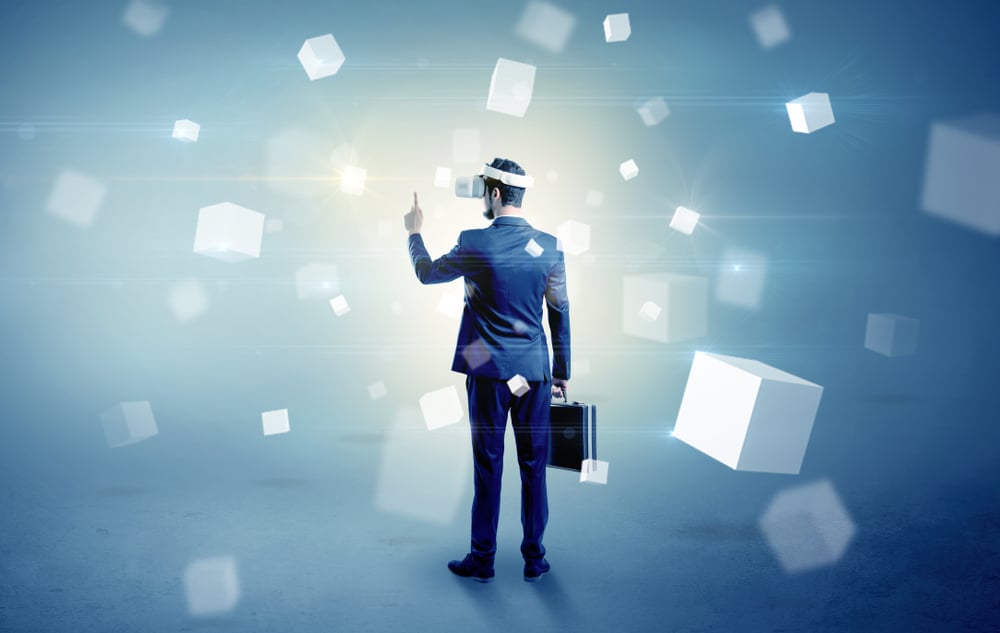 Yet, contrary to many hype stories, like 3D TVs and console, VR has seen solid market successes and is here to stay. Gaming has seen a strong adoption with successfully game like Half-Life Alyx or platforms like PSVR and Oculus Quest. Professional VR and AR as well have developed steadily and customer-focused players such as TechViz have been flourishing and covering an increasing number of use cases.

Today, the environment is rapidly changing and the AR/VR market evolves constantly, as industries adopt, test and improve the reality tools to their use cases. It is time for us to take a step back and plan for what lays ahead of us. This article describes the future of VR market for enterprise VR as we see it 5 years from now:

The article is not meant to be the brand manifesto of TechViz about the future of VR. It is meant to be the base for the strategic direction and new product offerings we will be exploring in the next few years.

VR vs AR vs MR vs XR

Augmented Reality (AR) and Virtual Reality (VR) are often presented as competing technologies, with one eventually bound to overcome the other. VR fully immerses the user in a computer-generated environment, while AR displays virtual objects in the real world.

Mixed Reality (MR) is a term used when a camera is added to VR HMD, so that it inlays elements of the real environment into the virtual scene. The goal is quite similar to the one pusued by Augmented Reality (AR), but the technology is different (AR headsets use a transparent display to add virtual content). Either AR and MR can be used, depending on use cases and constraints. It is quite simple but unfortunately a lot of confusion has been created due to the adoption of the term as a corporate strategy by a big company, rather than as a technology.

We don’t see AR and VR as a competition. Depending on the task you are performing, one can make more sense than the other. Yet, both are fundamentally using the same tech building blocks and have the same purpose. The progress made in AR serves VR and vice versa. Ultimately, the market should be trusted by versatile devices that enable both AR and VR usage. Mixed Reality (MR) is a mix of AR and VR, as you can interact with the virtual object you display in the real world.

Extended Reality (XR) is a catch-all term that encapsulates AR, VR and MR, as well as associated immersive technologies that powers them. XR seems to be the generic term that has gained most traction, so we have chosen to use it to describe this common technological landscape.

This XR landscape will still be constituted by an array of different suppliers. XR being at the crossing of many different disciplines and having endless applications, there is no sign of a player becoming dominant. Many different companies will continue to bring their own brick to the different XR solutions, so interoperability and openness will remain crucial on the long term.

Virtualization of workplaces and workstations

Virtualization of the workplace is happening. The Covid-19 pandemics has only accelerated a preexisting trend . There are many factors leading to this shift: 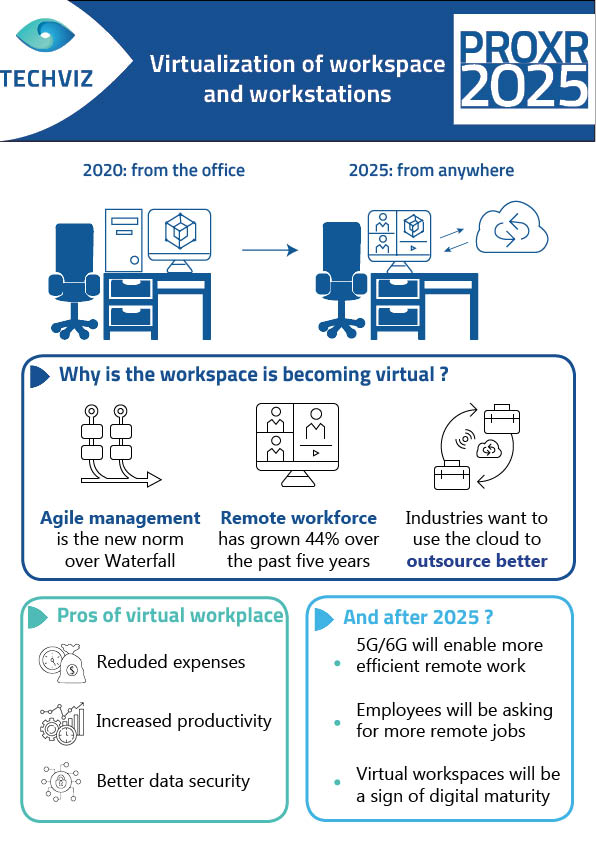 The virtualization of the workplace has been concomitant to the virtualization of the workstation. IT infrastructure and architecture have been changing a lot: high performance workstations with a lot of computing power are being replaced with laptops that stream image of servers on which computing actually happens. This change is rooted in the search of cost optimization but also improved operational management: IT departments can more easily manage issues of teams that are sometimes scattered across different continents.

The virtualization also provides better security, as no data is actually copied on the laptop.

Between now and 2025, 5G will be widely implemented, with 6G already in the oven. Fast communication capacity is a key enabler and will obviously fuel the trends of virtualization of both workplace and workstation. At we see it, by then, remote working on a virtualized workstation will just be the norm for most engineering teams and not the exception. This will obviously have consequences in terms of XR requirements.

A lot has been said about Industry 4.0 and the digital transformation. Looking forward and assessing what are the most disruptive technological changes to come in the 5 five years, we consider that generative design and additive manufacturing will most likely have widespread impact on the future of VR. 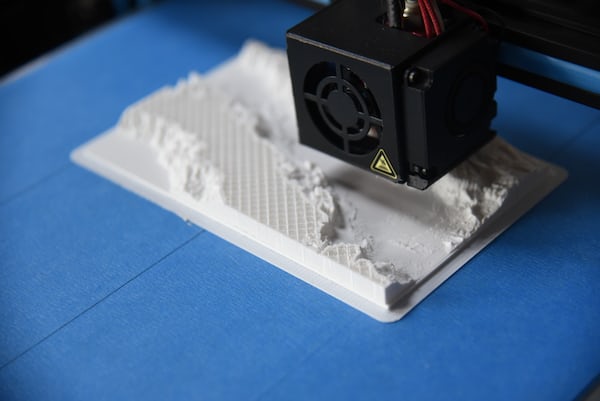 Generative design (sometimes called algorithmic design) involves software that generates a certain number of outputs with designated constraints, and a designer fine-tuning these iterations. Additive manufacturing is the industrial production name for 3D printing. Both technologies will have become mature and will call into question two pillars on which current production systems have been built:

With XR, no need to physically build all your prototypes: you can just switch from one configuration to another in a virtual environment. While engineers are currently tasked to maximize carry-over ratios from one project to the other, generative-designed additive-manufactured parts might soon become cost-effective. As standardization becomes less of an asset, customization is likely to become commonplace, creating the need for realistic and real-time visualization tools.

Simultaneously, trade-offs between the benefits of economies of scales coming from centralizing production and the shortcomings of having a production site potentially distant from its market will increase (logistics cost, risk of supply chain disruption, etc). Smaller and more versatile production units should multiply, creating in turn the need for efficient simulation and visualization tools to ensure manufacturability of the range of products the unit will be supposed to manufacture. That’s where you should expect the future of VR. 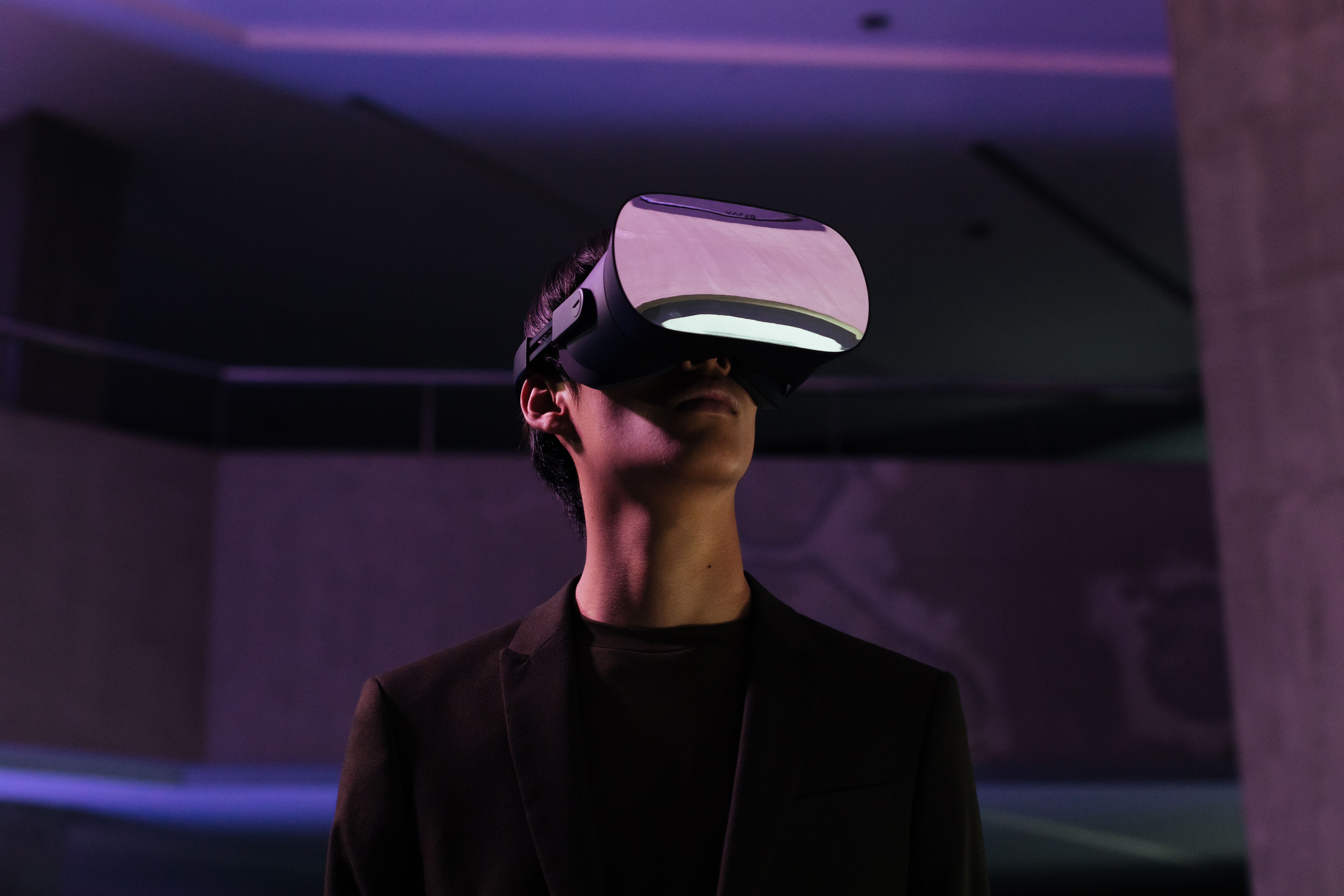 There are little sales data published by HMD manufacturers and no consensus in the estimates made by third parties. The most common bracket assumes that there are currently between 10 to 20 million VR headsets in operation. A reasonably conservative prediction is that the number of UIO should increase to at least 50 million by 2025.

Obviously, the bulk of that number will be used for gaming and not professional use. Nevertheless, cohorts of gamers will reach the job market and should easily embrace VR in their work. This will boost the adoption ratio of HMDs in R&D centers. It does not seem far-fetched to picture companies with important fleet of XR headsets for most engineers and designers to use in their daily work.

Qualitatively, there is still room for improvement in the performance of HMDs. Field of view and image definition will surely progress across the board, but the biggest advancements can be expected on the ease of use. The wider audience that will adopt XR are no specialists. They will expect more comfort and more intuitive controls of the XR environment. The whole ecosystem of professional VR solutions will have to adapt accordingly in order to provide a seamless and user-friendly experience for this early majority audience.

It is important to mention that the emergence of HMD fleets will not spell the death of other display systems. Immersive rooms and other projection-based systems will continue to have a certain number of benefits. They will continue to facilitate teamwork, especially for those not used to working in VR. Their wow effect for corporate meetings and presentations is not negligible either. As a consequence, they should remain a niche, accessible only to companies and research centers due to the investment they require. Yet, this segment will be sustained by hardware innovation such as LED-walls and multi-point of view projectors.

ProXR2025, the future of VR will be streamed

To summarize the outlook of professional XR in 2025 we have painted so far, there will be a lot more headsets used by less expert people, scattered across many locations both in terms of engineering and production.

The key enabler for the system to work will be collaboration. Being able to remotely review a project, be it a future product, a facility or a production line, will be crucial. “Review a project” obviously means visualize 3D data but really interact with it: navigate, turn around, point to specific parts, take measurements, and so on.

The only realistic technical possibility to reach this result seems to be the association of vr remote work and streaming VR. It will make it possible to solve both the issues of computing power and interoperability. Indeed, if XR headsets are now quite affordable, the whole set-up isn’t. If good performance is to be reached, high-end workstations and GPUs are necessary, pushing the bill up. With remote rendering, this computing power can be used -and paid for- only when necessary. As soon as the 5G infrastructure enables, anyone with a standard laptop and a headset will be able to see smoothly the biggest models in XR.

Streaming will also make it possible to share XR content with all stakeholders, even if they don’t have the same systems in terms of software. You develop your product on Siemens NX while a supplier runs on Solidworks? Not a problem with XR streaming, you can check how his submodule integrates into the whole product.

More articles about VR for business: